I have been looking forward to testing the new AP (for Advanced Performance) line of irons from Titleist ever since I saw a sneak-peek of them online a while back. The hype preceding their release was centered mostly on the technology Titleist built into the clubs, whom were more known for their traditional approach. Being more renowned for producing players’ only golf equipment (meaning higher handicappers would probably struggle to hit them with any regularity), the AP1 is therefore meant to offer the much sought-after Titleist ‘touch’ but in a more forgiving package. (The AP2 is the lower handicapper’s version). 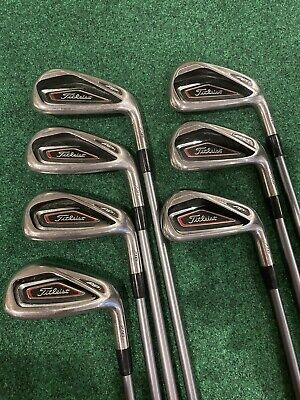 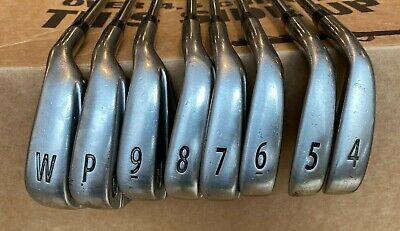 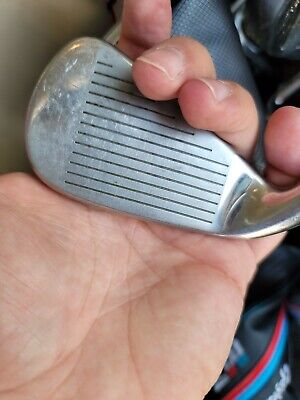 Both the new AP lines make use of combining several technologies and materials in the back cavity, resulting in a new ‘Tuned Feel System’, which is a co-moulded medallion insert of soft elastomer and aluminium plate. This insert has been specifically designed to improve the sound and feel of each new irons.

Other extensive structural improvements include reducing the face thickness and distributing the weight to the heel, toe and frame, and moving the tungsten nickel material to the sole for increased stability and forgiveness.

Titleist AP1 Irons The AP1s are very good-looking clubs. Titleist purists may frown at the busier graphics and decals but personally I think they look stylish and more appealing to the current generation of players. Besides, being nothing more than personal preference the graphics on the club should take a back seat compared to actual performance. And after a few days of extensive testing, I am happy to report that the Titleist AP1 Irons succeeds on the performance front as well. Shots with the AP1 did not balloon up too quickly. I was able to hit a variety of shots, from knockdowns to bleeding cuts and sharp draws. The feedback is not as informative as you get from its bigger brother the AP2, but the difference is not that much.

On a few bad swings, the AP1 responded by cajoling the ball onwards without any discernable loss in both distance or change in trajectory. Thin shots were not rewarded nearly as perfectly as slightly heavy shots, but still got in the air and tracked nicely. Flush shots would make the ball absolutely jump off the club face.

The Titleist AP1 Irons may just offer the perfect blend of both sides; forgiveness for their current playing ability with enough performance that the player can continue to grow and improve. Product details are here: Titleist AP1 Irons

I bought these custom made – 2 degrees up, 0.5″ longer shaft. Incredibly solid irons. Very consistent and forgiving. Definitely get a set of irons custom made for your physique. I hit many irons before buying these incluing Nike, Mizuno, etc. and these were the clubs for me – no regrets, and they even look sweet!

I tested the first generation Ping Rapture Hybrid a few moons back and was not particularly impressed. The folks at Ping have now sent their spanking new hybrid from the Rapture V2 range and on first...